Everyone's quiet except the gulls.

I give up. At least, I hereby abandon all attempts at system and order in my vacation blogging.
We are settled down in a motel near Campbell River; nothing fancy, but it suits us. It's shady and quiet, the view is astounding, the neighbours friendly. There's a miniature dog and big spiders and moths (outside). There's plenty to see and do in easy driving range.
We've decided to stay put until Wednesday, then (probably) head home the long way 'round. Every day, we've been going someplace, taking oodles of photos, coming back to the motel, recharging batteries and downloading photos. Then back out again, to take more gazillions of photos. "Home" for supper, and out to see the sunset. Another eleventy-umpteen photos.
I'm barely finding time to discard the fuzzies.
So, until we're back in Delta, I'll post highlights according to my whim of the moment.
The motel is on a cliff looking over Georgia Strait. A staircase (104 steps) leads down to the beach below. These are some of the birds from that beach. 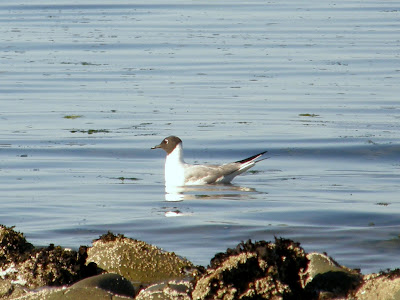 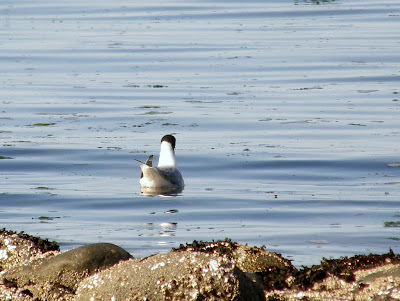 "Boney's," again. It rides high in the water, with the wingtips crossed over the tail. 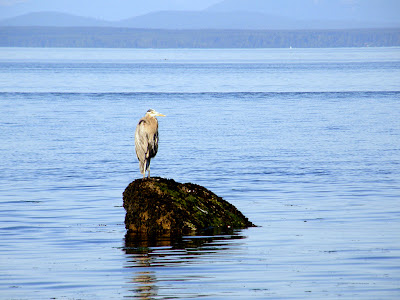 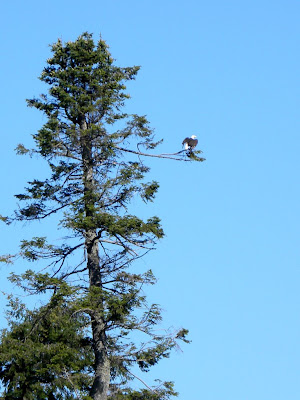 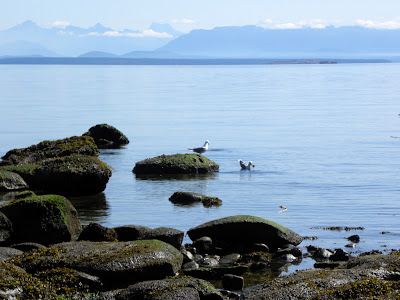 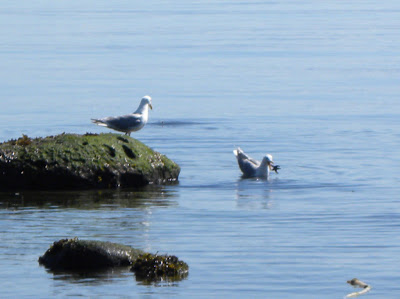 Check out the catch!
The gull in the water came up with a mouthful of starfish. Seconds later, the gull on the rock broke out in loud and bitter recriminations: "That starfish came off my rock! It's mine! You dirty thief!"*
And the "dirty thief" flew happily away. With his stolen lunch.
*(Free translation from the gullish.)
.
Posted by Susannah Anderson at 8:51 pm