Why do we call it "vacant"? 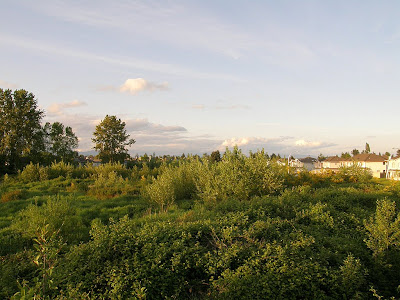 It had been a stay at home and catch up on chores day, so after supper, Laurie suggested a walk across the street to the vacant lot.

The lot is a block wide, maybe two blocks long, and divided in two sections: half has been abandoned ever since I first saw it, a good five years ago; the other half serves as a gravel and construction materials dump, and gets more or less levelled every year. The first half is turning itself into swamp and young alder forest.

As we neared the edge of the gravelly half, a few steps before the trees start, a killdeer called, off to our right. 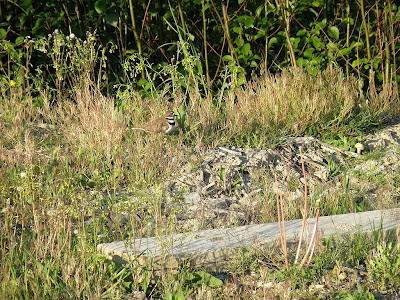 Killdeer, almost hidden in the weeds and dirt. 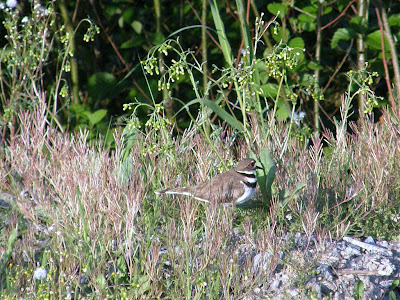 Looking worried.
We followed it, trying to get a clear photograph; standing still, it disappeared into the background, but never for long; a moment later, it would call, flash that white neck at us, and run again. After a bit, its mate joined it, beckoning us on, even treating us to the broken wing pantomime: 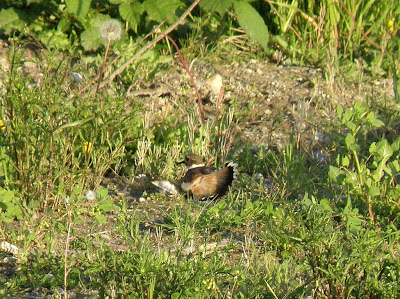 "I'm injured! Come and catch me!"
We weren't fooled; we gave up the chase and went back where we first saw them to look for the nest, a mere scrape in the dirt, out in the open. We didn't find it. One of the birds flew over our head, panicked and crying, so we backed off and left them alone. 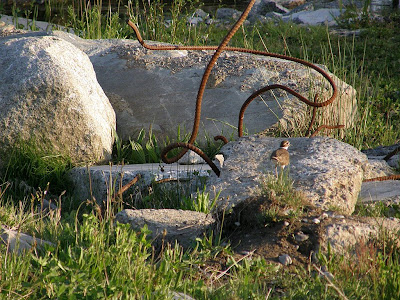 Killdeer running over old rocks and construction leftovers.
All the vegetation on this half had been torn up last winter and buried under fresh hills of gravel and piles of broken concrete. People have been using the site as a dump for old carpets and lumber. But nature can't be beaten; new growth is springing up everywhere. 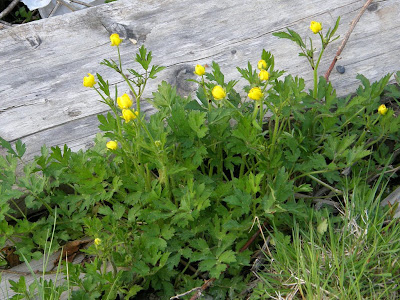 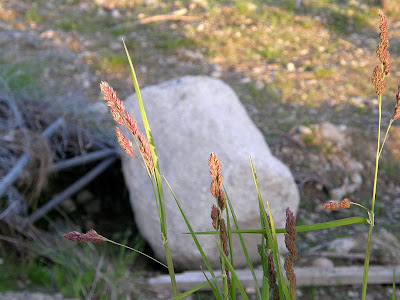 Red grasses, swaying in the wind. 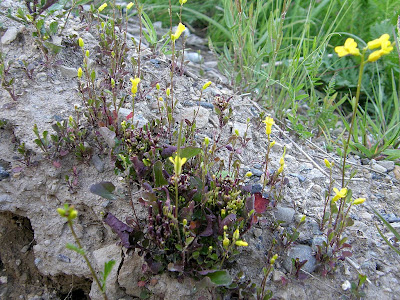 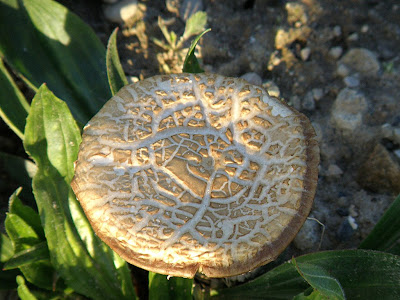 Mushrooms. This one looks like one of those Mexican breads, pan de dulce. Or a lemon meringue pie. Yum! A slug has been nibbling at it. 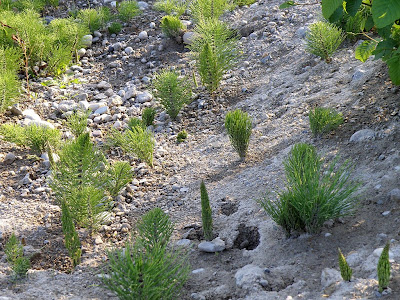 Horsetails, just starting out. They will cover this hillside in next to no time.
And we found another bird: 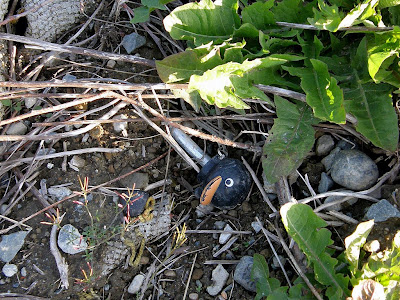 Smiling duck.
Daisies are about to bloom, thistles are growing apace, so are grasses and plantains, dandelions and the first of the tiny pink vetches. As we left to come home, I gathered a handful of broom to brighten my table. 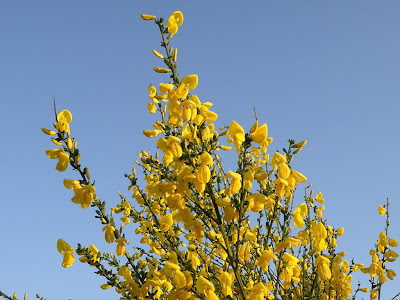 After I'd put it in a vase, small critters started dropping out, and walking across the table. Tiny things, just walking dots. I caught a bunch with a paintbrush and examined them; they're leafhopper nymphs, barely two millimetres long. 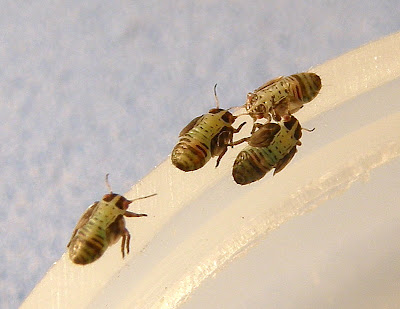 Leafhopper nymphs.
The leafhoppers have been disposed of. Now there is a tiny spider in the bouquet, looking for them. Sorry, spidey; I've emptied your larder.

All in all, the perfect ending to the day. (The spider may not agree.)

.
Posted by Susannah Anderson at 3:04 am