We had arrived at Boundary Bay shortly after high tide. The beach was a network of sand and ankle-deep rivers. We decided to wade out to the last sandbar. 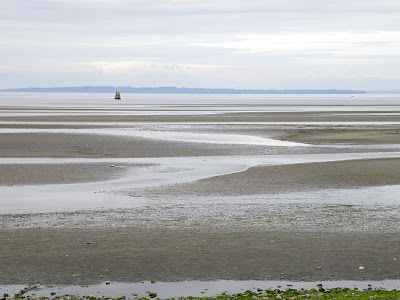 Off Maple Bay. That's the Canada/US boundary marker out in the water.
But when we reached that last sandbar, there was a new one beyond it, risen from the waves. 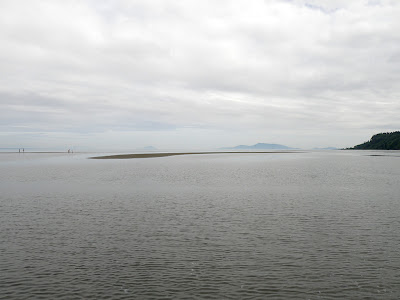 And one beyond that, again. 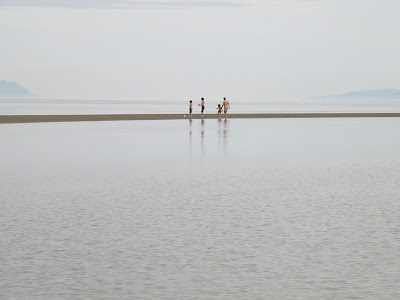 And another; they kept appearing from where, moments before, there had been nothing but water. 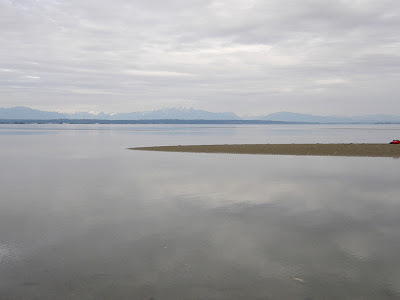 And even more, farther out... 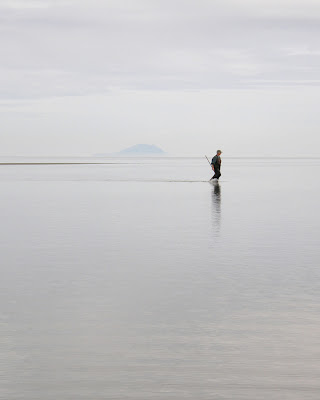 And we never got even knee-deep in water.

We had to wade carefully; I had open-toed sandals, and the crabs were out in force. Can you see this one? 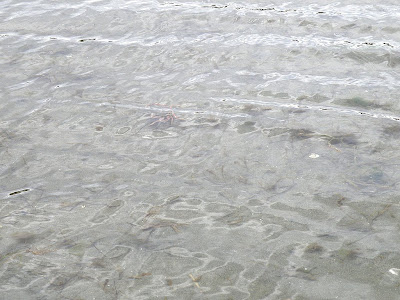 Here's a little green one: 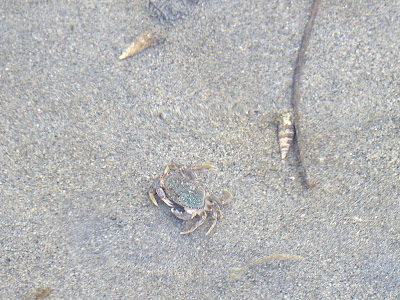 And a pair. I think the small one may be dead. The other was very much alive. 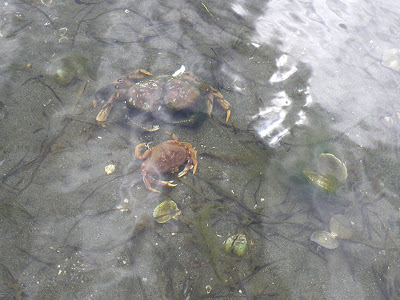 And this one was big; at least six inches across the shell. 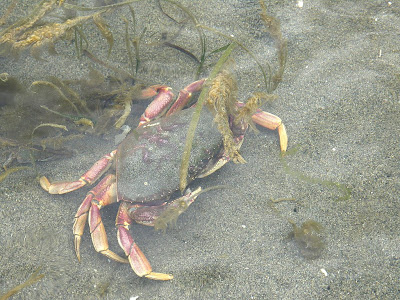 A clump of dead eelgrass. But, careful! 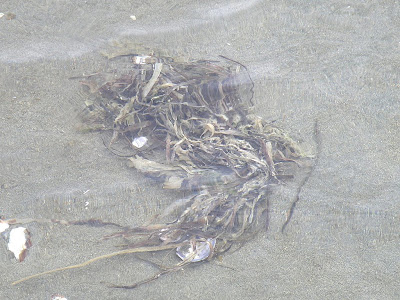 I watched a big crab scuttle under a tangle of seaweed. I waited for it to come out the other side, and when it didn't appear, I kicked the clump away. There was no sign of the crab. It must have buried itself under the sand. After that, I avoided anything that could have been a hideout.

(Why is it, I wonder, that I have never minded crabs pinching my fingers, but the idea of them pinching my toes gives me the shudders?)

.
Posted by Susannah Anderson at 1:58 am