Out of the cities, the population of many-legged critters increases, both in number and variety. At the Stonewater motel, that first night, I noticed the moths around the deck lights after dark; after that, I took to doing morning and evening "bug runs".
The Stonewater is moth heaven. In the mornings, the back and side walls were dotted with sleeping moths and the spiders that grow fat on them.
I haven't had time to identify these moths yet. That job will keep until we get a few rainy days. To give an idea of the size, most were photographed on the siding; 4-inch boards, about 1/2 inch thick. A few were 'way up under the eaves. I had to take the photos on tiptoe, with the camera at arm's length. The motel doesn't provide ladders. I missed some interesting moths jammed into corners along the fascia boards. 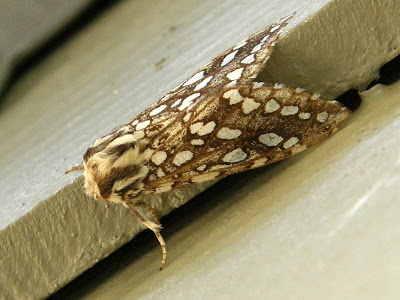 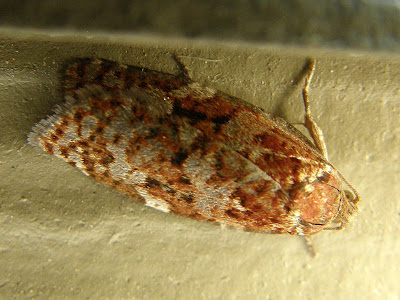 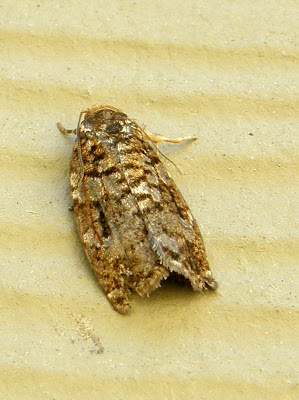 A very similar moth, maybe the same species, but a more sedate brown. 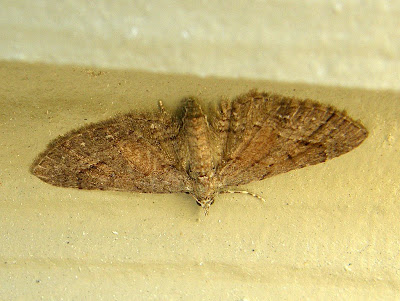 This one sits with the wings spread wide.
Update: Eupithicia. Thanks, Seabrooke! (See comment #3) 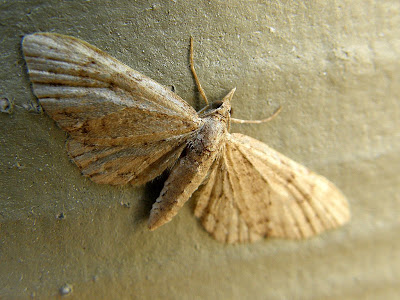 So does this. I don't know if it's the same species, or just very similar. 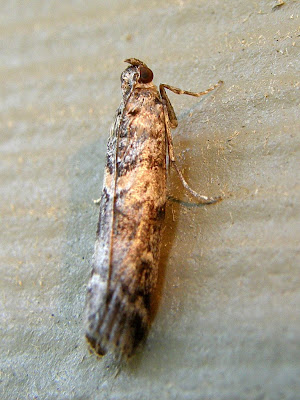 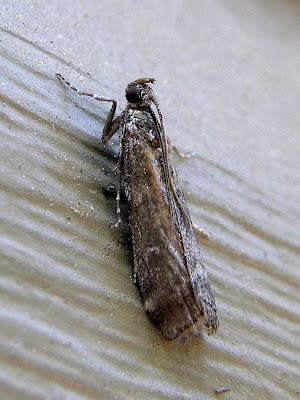 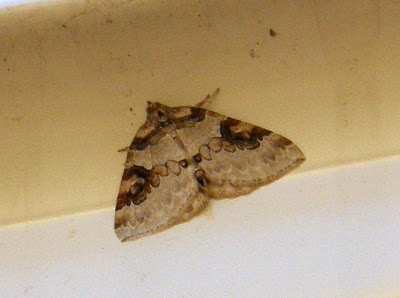 A nice pattern, wings completely overlapped. High up along the fascia board.
(Carpet moth) 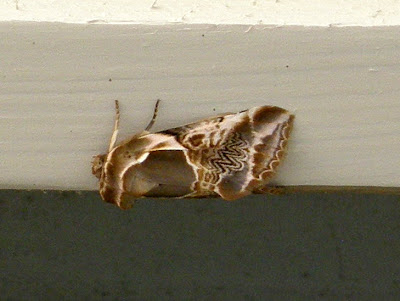 Another one sleeping at the top. I love the zigzag pattern on the wings.
Lettered or Glorious Habrosyne. ( I love these names!) 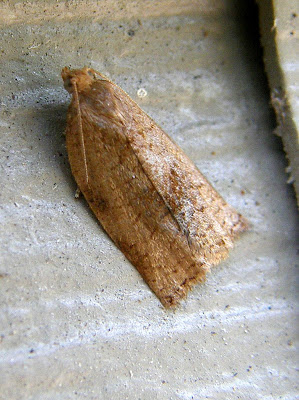 Small moth in a long brown cloak.
One of the Torticidae. 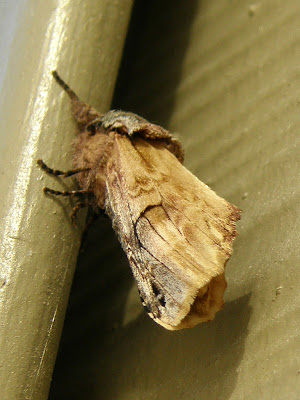 This one sleeps with its head against the wall, wings folded together and held on a 45° angle.
Update: Oligocentria pallida. 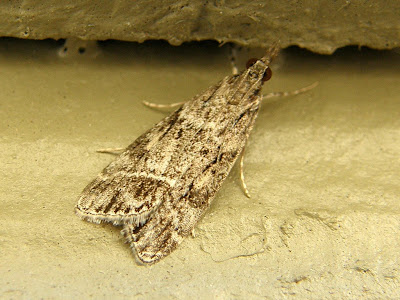 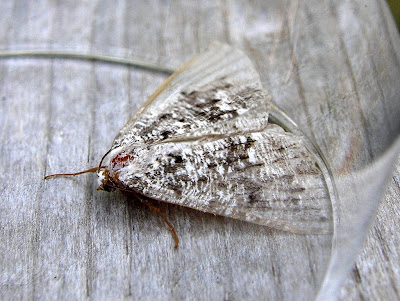 This one was flying around in the morning. I caught it on the deck railing, under a glass. 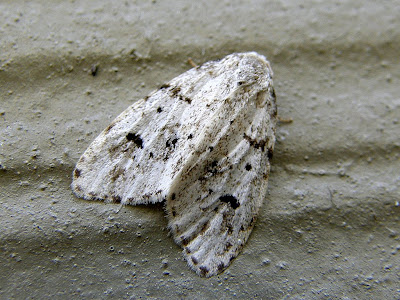 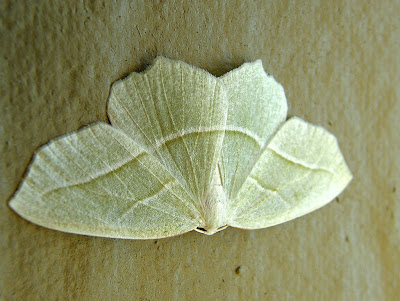 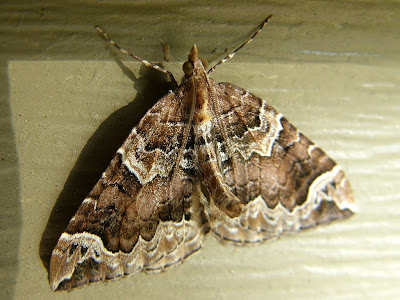 Pretty moth. I had to look at it for a while before I realized that it's holding the abdomen up and curved away from the wings.
Update: Eulithis xylina. 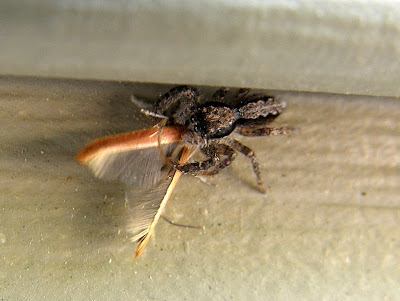 I was too late to get a good look at this one. Nice feathers, though.
And the rest of the Stonewater spiders (and a couple of other bugs) can wait until tomorrow.
.

Posted by Susannah Anderson at 11:28 pm