Spiders, spider lunch, and a beetle too big.

Where there are moths, there are also spiders. Well-fed spiders. At the Stonewater on the Sunshine Coast, they are large and fat, their colours are bright and their webs full. 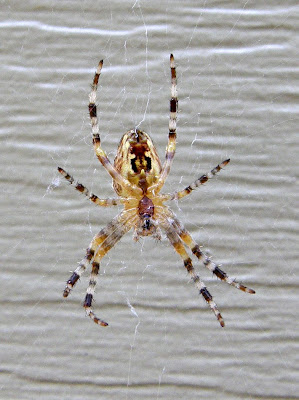 The cross spider, Aranea diadematus, digesting breakfast. One of many. 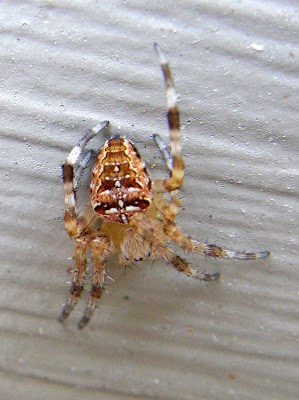 A smaller cross spider, showing off her bright coat. 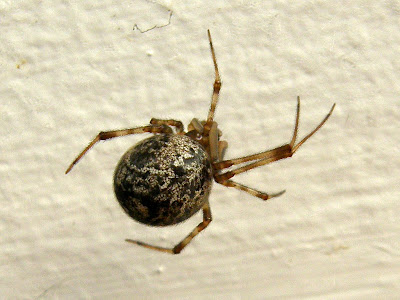 Parasteatoda tepidariorum, the American house spider. (aka Achaearanea t...) Look at that round belly! 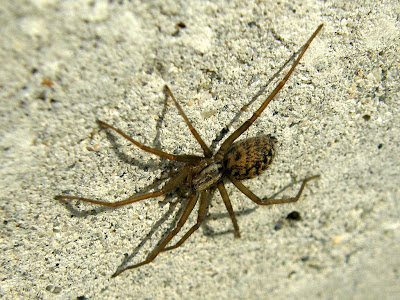 An unhappy Tegenaria. Grumpy, because I had just stolen his lunch. 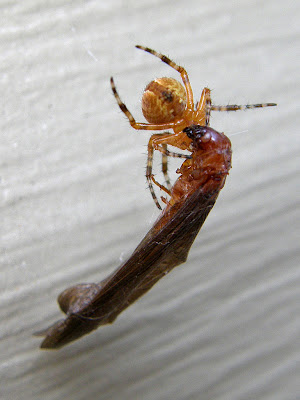 A baby cross spider with an unidentified snack.
And this was (supposed to be) lunch for the Tegenaria. I untangled it from the web and set it free. 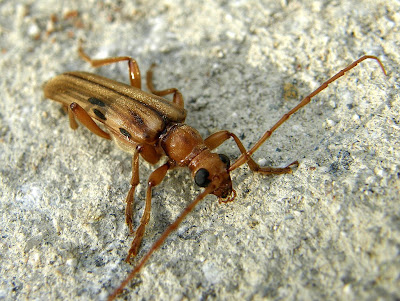 A Flower Longhorn beetle, Ortholeptura valida. Well over an inch long, not counting the antennae. 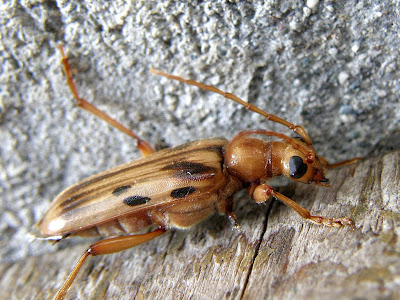 Another Longhorn, from Campbell River. Look at the shape of the compound eye; not quite rounded, and notched on the front end.
I found this next Longhorn a bit farther north, at the Saltery Bay ferry landing. I saw it through the window of the terminal office, and asked permission to go in and take a few photos. It's almost two inches long, solid, slow-moving, and harmless; the officer on duty was leaving it to make its way across the floor undisturbed. 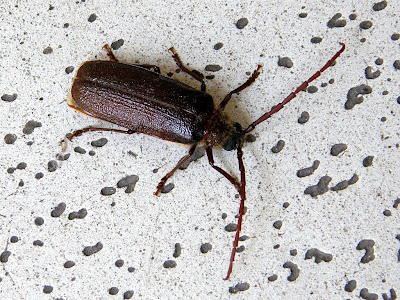 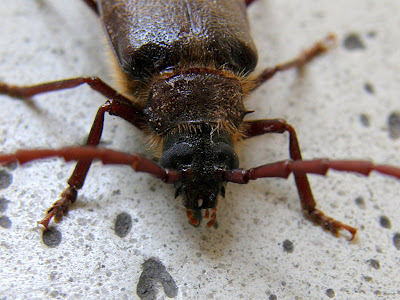 I got right down on the floor with it, and it stuck out its mouthparts at me.
I couldn't find much information on this beetle, other than that it is a Holartic species, on the endangered list or extinct in parts of Europe, because it lives on decaying conifer wood in undisturbed forests. (How many of those can be found, these days? Even here in BC?) BugGuide has a few photos, one taken in Golden, BC, another across the border in Washington.
.
Posted by Susannah Anderson at 12:42 am