I found these white fungal growths on a dry log on Boundary Bay beach: 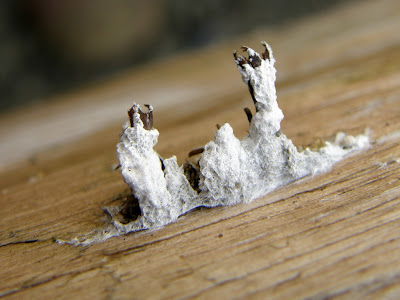 They seem to be encrusted on a branch scar, which gives them the three-toed claw shape. Further down the log, the second clump looks almost like a different species: 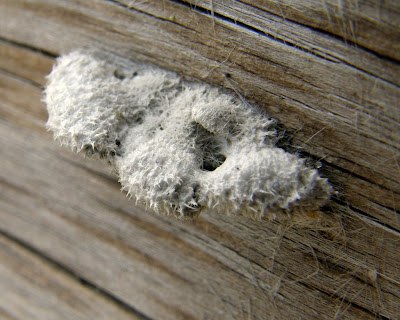 And both of them are like and unlike the ones I saw last November, probably on the same log. Here they are, again: 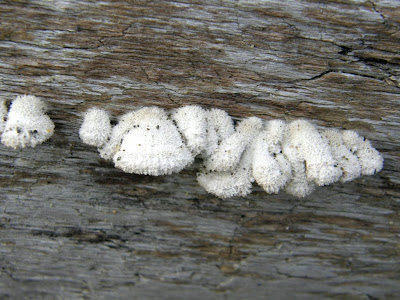 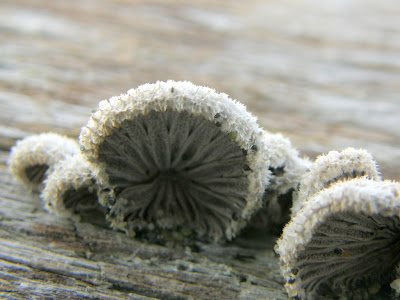 The underside, showing the split gills.
This year's crop didn't have the same "mushroom" shape, nor were gills apparent. And the spiky, blobby ones were twice the size of last year's.

I am still not sure what they are.

.
Posted by Susannah Anderson at 3:38 am