Saturday. The day before the official Rock Flipping Day. (The list of flippers is posted here.) I was worried about the weather, and whether I would even have time on Sunday; so I jumped the gun. I flipped a few rocks, just in case.

(As it turned out, I had time to flip even more on Sunday, so I'm in the clear.)

We were on Centennial Beach, at Boundary Bay; a quick walk before the tide forced us back. Boundary Bay is not the place to go looking for rocks. 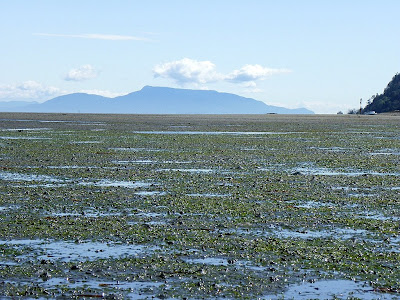 Mud, sand, eelgrass. The raised lumps are worm poop mounds. Sand. Not a rock in sight.
But up against the last house before the park, the wall had been reinforced with riprap, against high water. 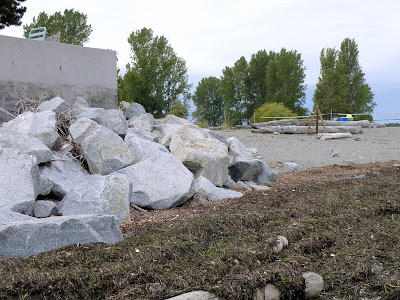 Too big to manage. 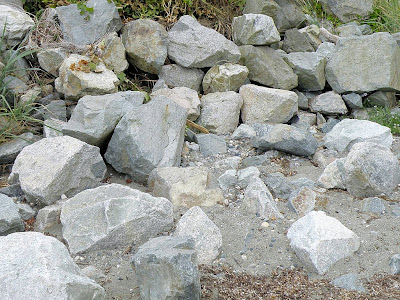 Smaller rocks on the park side.
I found one I could lift, and carefully flipped it over. Earwigs scattered in all directions. By the time I'd trained my camera on the space, they were gone. All but one; she wasn't planning to move. 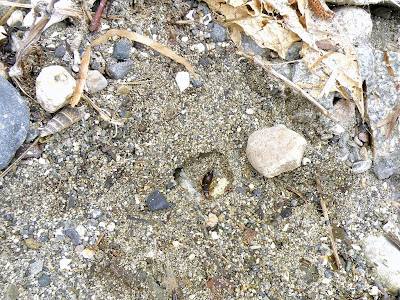 Hole in the center, earwig, and something white. 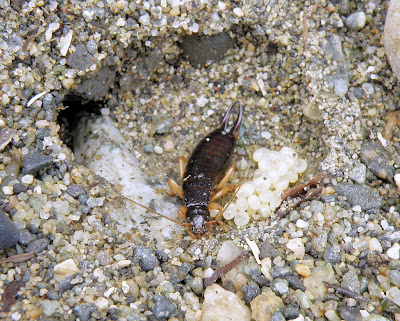 Standing her ground, ready to defend her eggs. 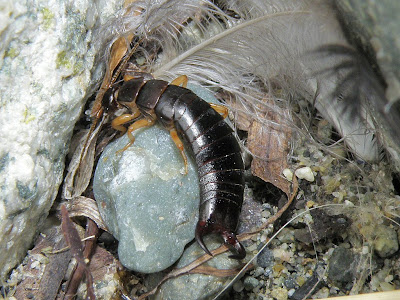 A male, on his way to hide under a neighbouring rock.
This is the giant seaside earwig, Anisolabis maritima. We saw some on Vancouver Island this summer. The female has straight pincers (forceps) at the tail; the male's are curved inwards.

A few steps up the slope, sea rocket grew over the sand at the base of the rocks. A few rocks had rolled down onto it; I flipped a medium-sized one. 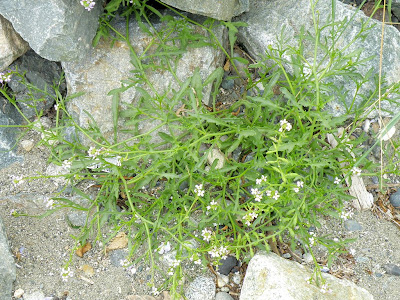 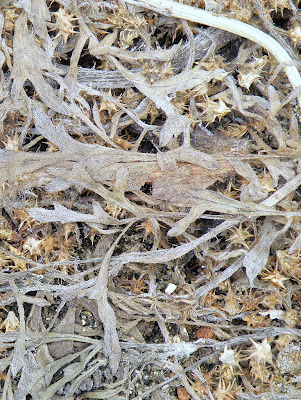 Dead sea rocket under the rock. Note the sharp stay-at-home seed pods. A smoother section has floated or rolled away. 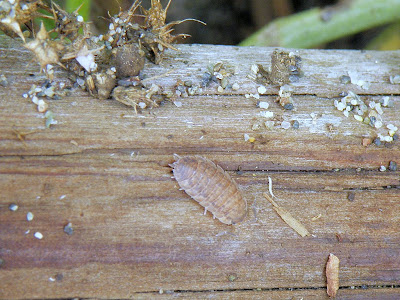 Brown sowbug that scuttled away to hide under a plank.
I took a few steps the opposite direction, down the beach. A few rocks had ended up on the gravel at high tide level: had they been there long enough to attract critters? At least one had. 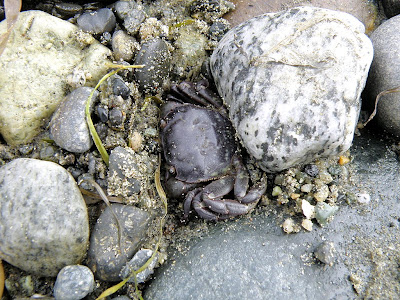 Purple shore crab trying to make himself invisible under the stones. 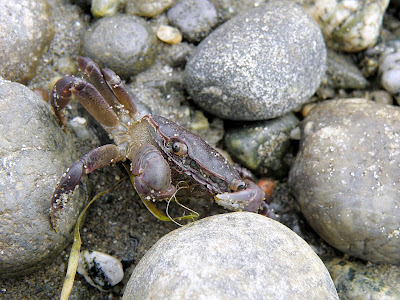 Getting worried. I replaced his rock, gently.
Twenty steps, three different habitats.
Posted by Susannah Anderson at 1:50 am