In one of the outermost ponds of the Reifel Island bird sanctuary, a small mixed flock of peeps were feeding. 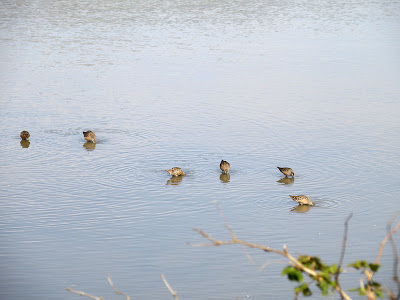 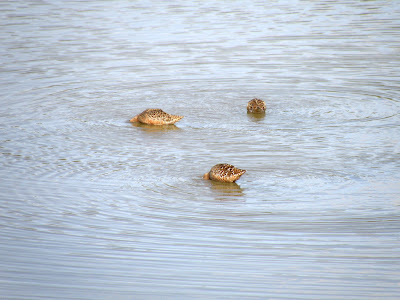 Most of the time, their heads were underwater. 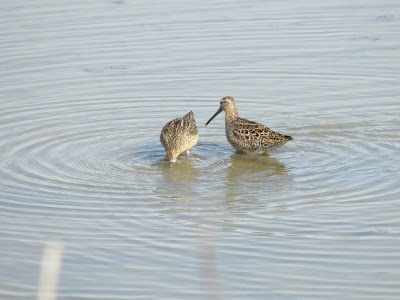 Have to come up for air occasionally. 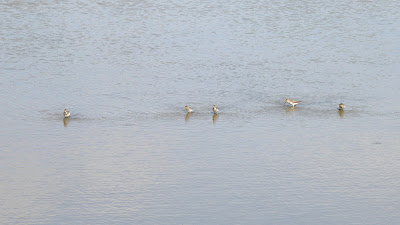 Farther out, smaller, white-bellied peeps were feeding, pecking quickly and raising their heads to look around. 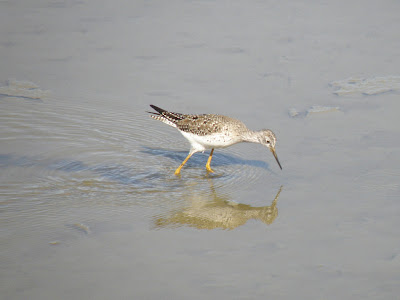 And there was one lone yellowlegs.
The water is shallow, knee-high to a yellow-legs, and the floor is covered with pale brown silt. When the birds wade, they disturb the silt and leave a visible trail. 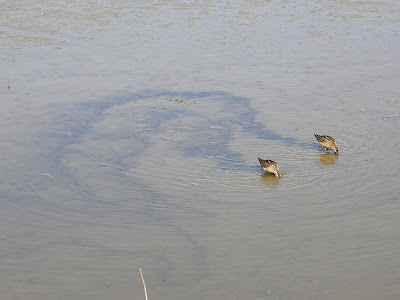 A pair of the large ones make a meandering two-lane road. (Can't see where they're going, with their heads underwater?)
And the yellowlegs marches alone on a straight path. 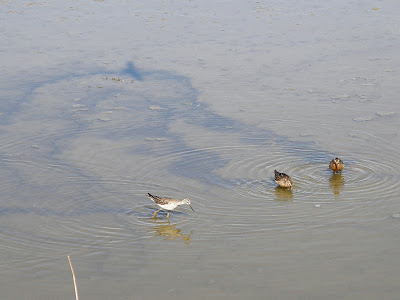 Going places. No time to dawdle.
We couldn't identify these with any certainty; they were too far away to judge sizes. I think the brown birds were dowitchers; they were fat and had long, slightly down-turned beaks. The white-bellied ones were small, with shorter beaks. And the yellow-legs (whether greater or lesser, I can't tell) was twice the height of the smallest.
Posted by Susannah Anderson at 2:47 am