Chilled LBBs. (So were we!)

Maybe the birds were too cold to move. The wind was bitter, and in mid-afternoon, it was hailing, too. Even the ducks were quiet. It's not often that happens on Reifel Island.

Whatever the reason, last Monday was one of the best birding days we've seen; even the sparrows preferred to huddle near the feeders, allowing us to move in close with the cameras. We came home with a nice collection of little brown bird photos. Let's see if I can get the identification right this time: 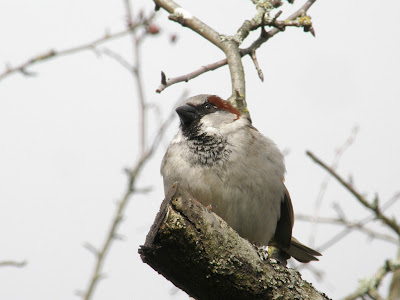 A male House Sparrow, fluffed out for warmth. Masked, with a black bill and bib. The female is a dusky brownish-gray; her bill is yellowish. 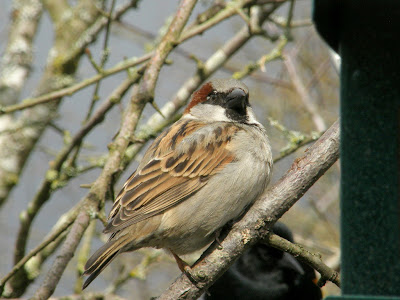 Second male, beside the feeder. Red-wing blackbird behind him. 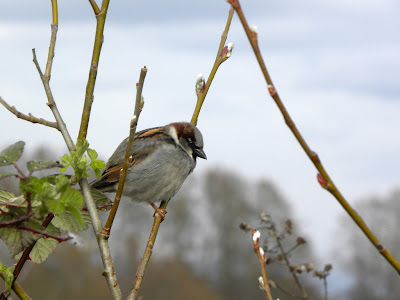 The pussy-willows are budding. And, of course, the blackberries are getting a head start on everything else. 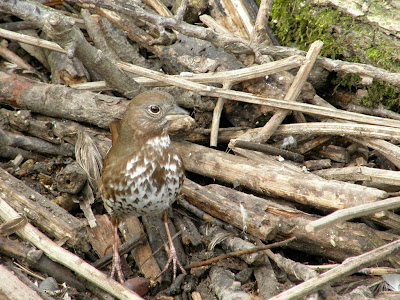 Lanky Fox Sparrow, on the remains of last year's blackberry canes. The slaty head, rusty tail, and the two-toned beak are characteristic, as is the chain-link fence pattern of the breast. (Thanks again, Seabrooke!) 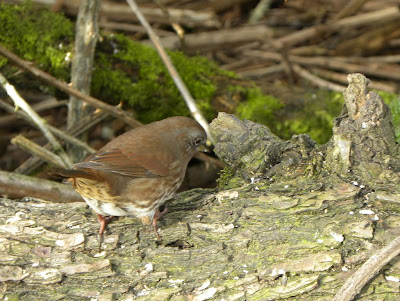 I think this is the same Fox, showing off his yellow rump. 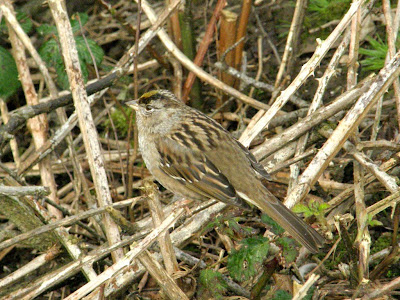 A fairly un-cooperative Golden-crowned sparrow. Mostly, he faced the other way. Easy to identify, though; he has the nice yellow spot on his head. 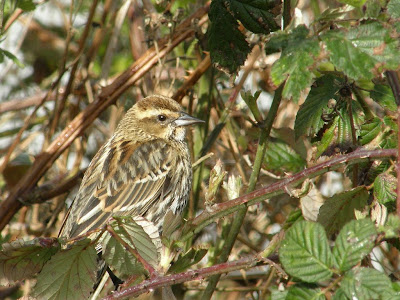 I am not sure what this is. With the sharp bill and heavy patterning, I would venture Pine Siskin. The males have yellow edges on the wings and tail feathers, but the females are mostly brown and grey. 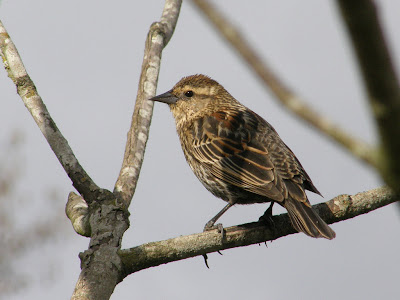 The sharply-pointed, dark beak, big black feet, and the pattern say, "Pine Siskin", but the tail doesn't look as deeply notched as it should be.
*Update: Fiona, in the comments, suggests female Redwinged Blackbird. I think she's right; the tail fits. The birds looked smaller than a redwing, but that's probably just my eyes. Thanks, Fiona! 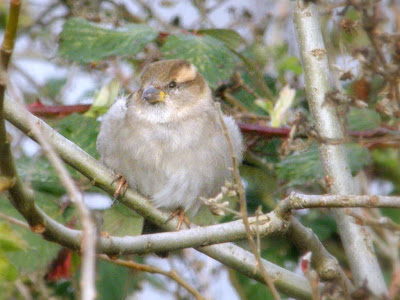 A baby so early? Soft, undifferentiated feathers, all fluffed out. This one and his sibling sat on adjacent branches, looking miserable. They aren't used to this weather; it's been summery up until last weekend. 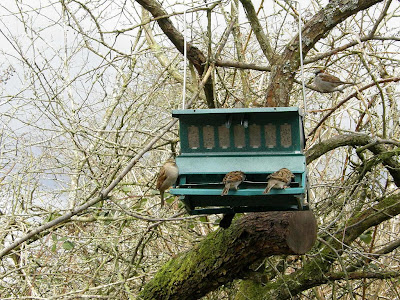 A grey, grey day. The green is moss or blackberry leaves. In the summer, the sparrows will almost completely disappear into the blackberry thicket.
There! I've done my best to identify these few LBBs. I hope I've got them sorted out, but would really appreciate any corrections.

So much to learn! And there are still all the seasonal changes, and the juveniles to study. What fun!
Posted by Susannah Anderson at 2:07 am