The other day, Hugh, at Rock, Paper, Lizard, reported on an outing to Ladner Harbour Park; it was lousy with woodpeckers, he said, and the hummingbirds were buzzing over the lagoon. We couldn't resist. Sunday afternoon, we headed down there.

We started at the far end of the sewage lagoon, where the hummingbirds had been. Everything was quiet. No buzzing hummers, no redwing blackbirds, no chattering sparrows, even.

At this time of year, the wetlands are clothed in mud colours; drab browns and greys. There is no softness to the land. Blackberry canes and scratchy shrubs alternate with rustling stands of last year's cattails. Dead grasses sprawl in oozy mud. Kayakers in the waterways provide occasional flashes of colour. 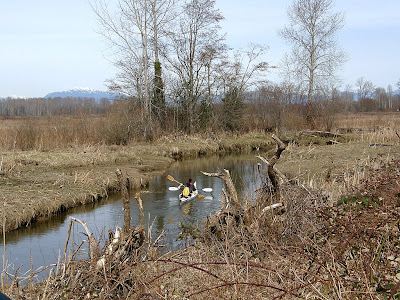 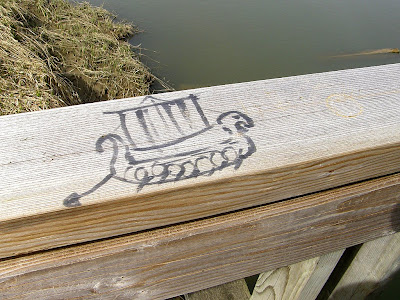 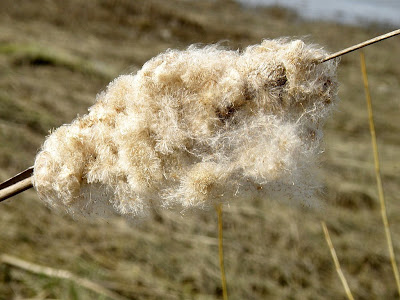 Cattail fluff, blowing away
Over the marsh, two hawks patrolled; one, small and elegant, with a white tail, flew in that characteristic "flap-flap-flap, coast, flap-flap-flap, coast" pattern; the other, a large red hawk, sped along in a straight line, making a beeline for somewhere else. When they were gone, a flock of ducks goofed around in the air, going nowhere.

We walked around the lagoon, and passed the "civilized" part of the park, and took the path through the cottonwood forest. And yes, there were woodpeckers. 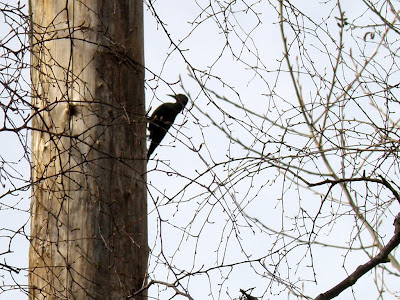 This flicker was digging a nest hole high in a topless snag. It was deep enough already that he would disappear inside, except for the very tip of a tailfeather. After a few seconds, he backed out, posed, dropped his chip, and dove back inside. We took umpteen photos, all of his silhouette.

A few steps further on, a brown creeper started up a cottonwood just a few feet from us. After the manner of his kind, he spiralled around to the far side the minute we'd got the cameras focussed. Still, we'd seen him, and fairly close-up. 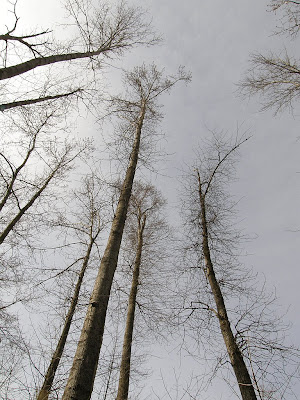 Cottonwoods, far above. Probably lousy with woodpeckers. We heard them. 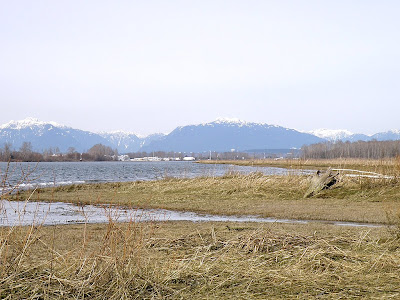 We took the trail out to the viewing platform at the end of the spit, took the wrong turn at the fork, and ended up on muddy marsh, with a view over the river. Those black spots in the water aren't ducks; they're deadheads. But there's an eagle's nest far across the water. 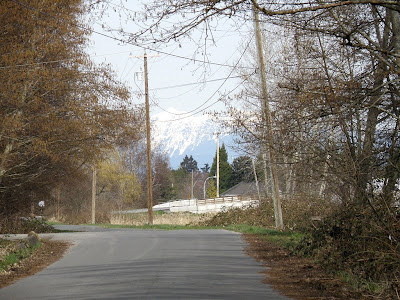 Then back through the forest behind the office, and on to the road. We followed the road back past the harbour where we saw the mallard hybrids and a fishing heron. 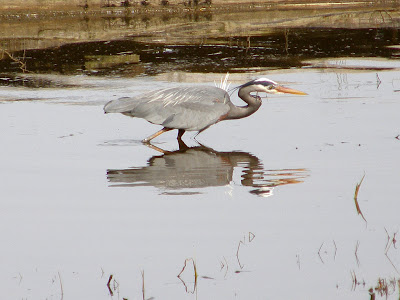 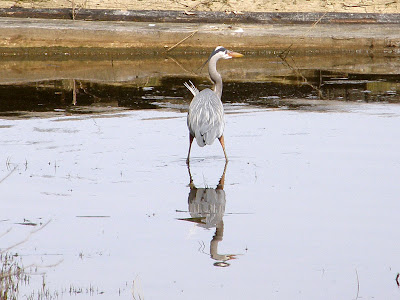 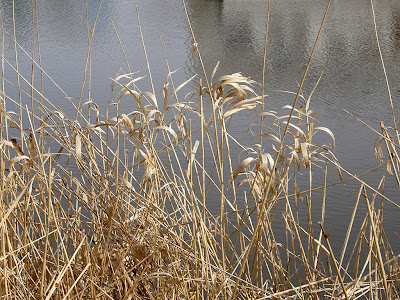 Grasses beside the canal.
We never saw the owl, nor its nest. But all the way back along the canal, we were treated to a red-wing blackbird song-fest; the males, busily staking out their territory before the females arrive, and by the sound of it, very pleased with themselves.

And here's a bird we never expected to see in the bush: 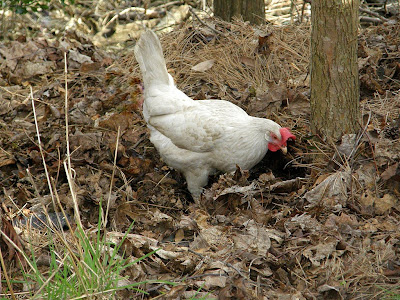 Free-range chicken.
And this is for Hugh's collection: this one must have died of old age. 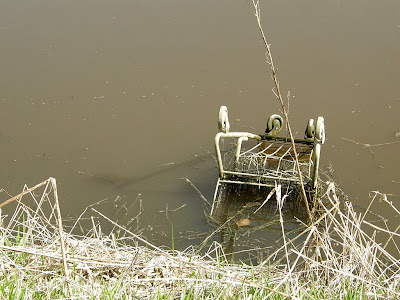 R.I.P.
What else we saw in the park, the green stuff, will wait till tomorrow.

.
Posted by Susannah Anderson at 1:52 am