Somewhere, in my reading about sea snails, I came across a short video showing a fallen snail flipping right side up, with the shell following the body. So when I found a periwinkle yesterday on a handy rock, I experimented: 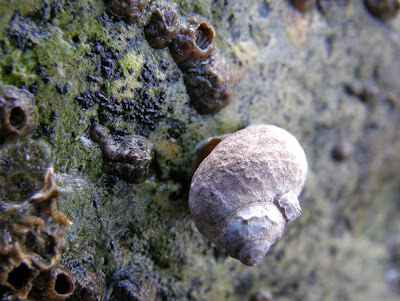 Periwinkle, Littorina scutulata.
The Checkered periwinkle is a bit smaller than the Sitka periwinkle. This one was about 1/2 inch high. It is not checkered; some are, some aren't. But the description fits; purplish, longer than it is wide, with a purplish interior. And it was just below the highest tide line; these snails live mostly on the dry shore. They can drown if stuck underwater too long. As the tide rises, they retreat to safer ground.

This one has two passengers on the shell; a pair of barnacles.

I removed it from the slanted side of the rock and placed it, upside-down, on a flat area. It closed itself up immediately, but by the time I had the camera focussed, it was ready to check out the situation. Now watch the action: 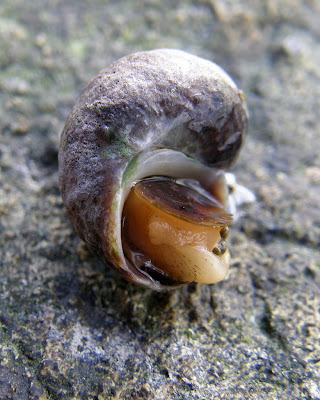 Periwinkle, with stowaways.
(The brown circle is the trap door, the operculum. The creamy meat is the body of the snail; it is carrying a small clump of baby snails. I can't tell if they are periwinkles, or another species. There's another, a bit larger, on the left side of the shell.) 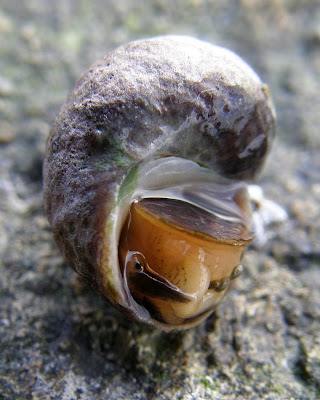 Poking out a tentacle (the black triangle). The eye is the spot at the base. 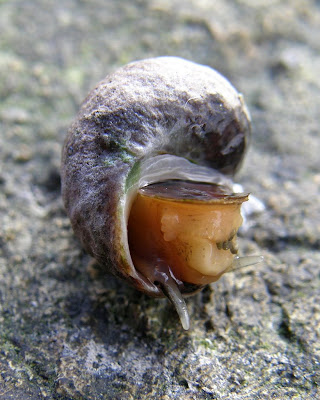 Here comes the second tentacle. They are white underneath. 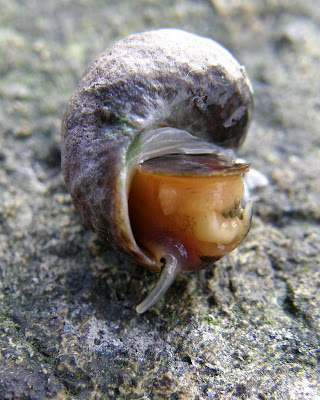 Waving those tentacles about, up, down and around. Scoping out the territory. 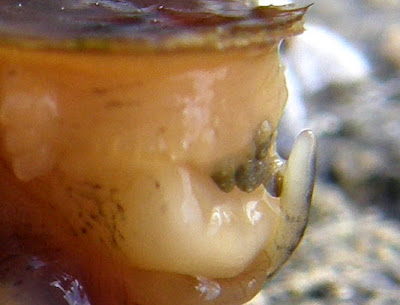 (Close-up, to show the passengers. I counted 6.) 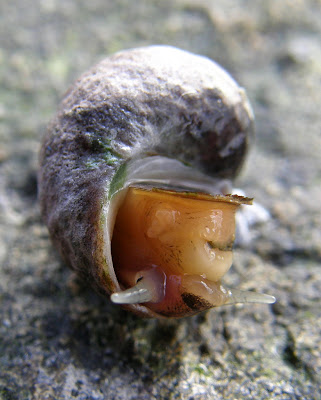 More tentacle waving. That black patch in the middle is on the top of the head. 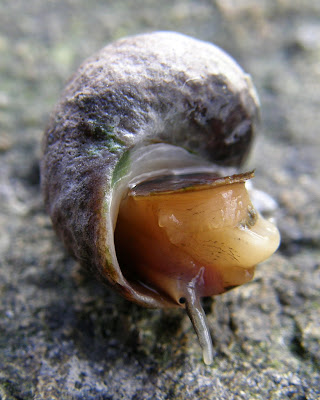 Looks safe enough. Starting the rollover, by shooting out a "lower lip". 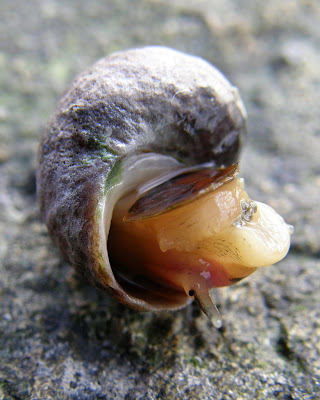 Farther. The "lips" are actually the folded foot. 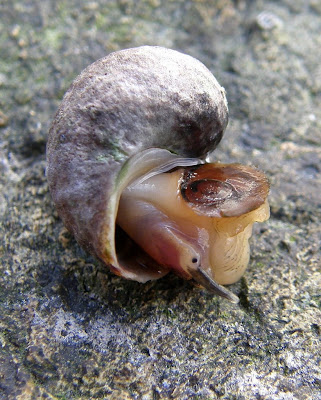 Making contact with the rock.
There was a brief pause here, while the snail made its calculations. Then, too quickly for my camera to catch it: 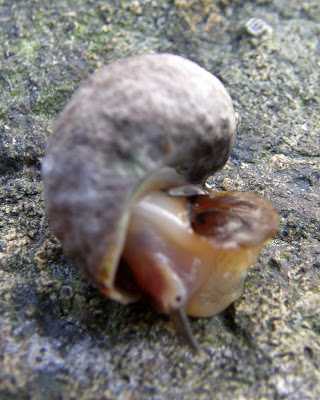 Rolling over; the shell goes up, over, and down on the far side of the foot, which acts as a pivot point. 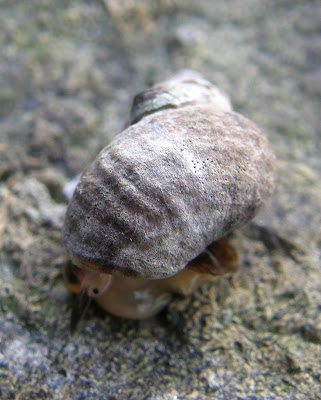 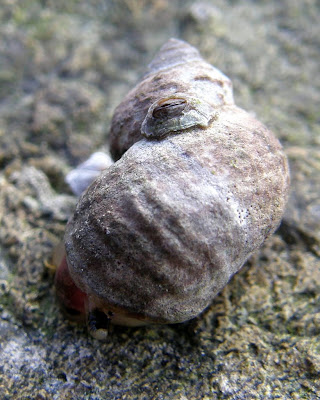 And 8 seconds later, it's straightened out and ready to go.
The movement was precisely measured; once the snail was in position, it stopped rolling. No overshooting the mark, no recovery needed.

I'm wondering about those little snails, along for the ride; they are now on the underside of the foot, being scraped across the rock. Sounds uncomfortable.