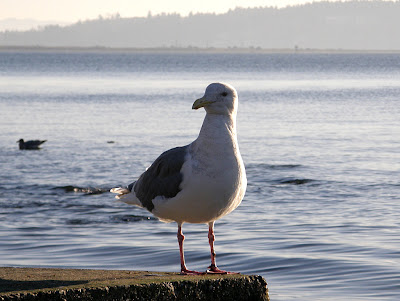 Sometimes the beach echoes with the cries of gulls. ("Gull", my old Oxford says, comes from the "Welsh gwylan, Cornish guilan: ... 'to weep'. The probable sense was 'wailer' from its cry.")  Last Sunday, they mostly sat silently, waiting for the falling tide to expose their clam supper. 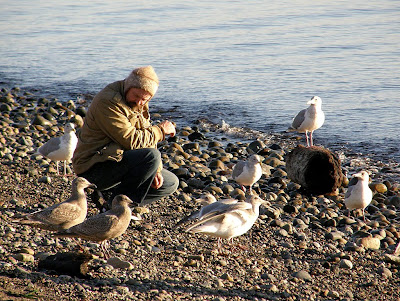 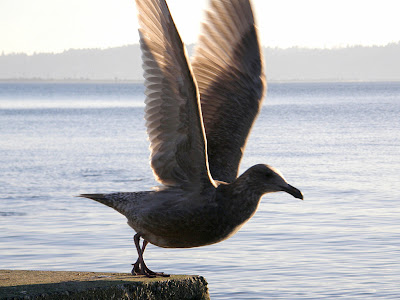 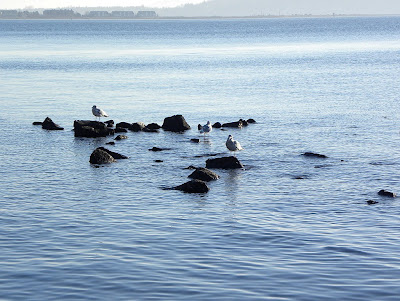 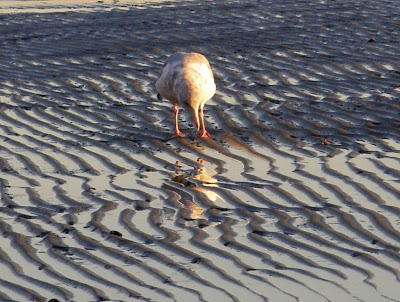 The sandpipers had already found their dinner, and chatted quietly as they ate: 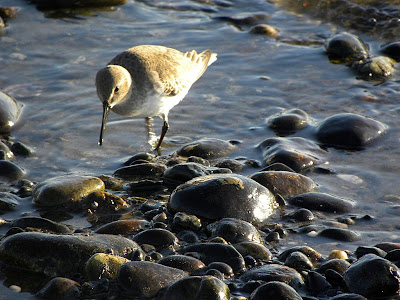 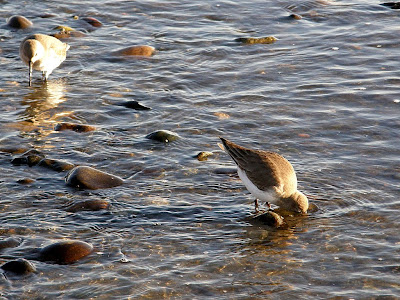 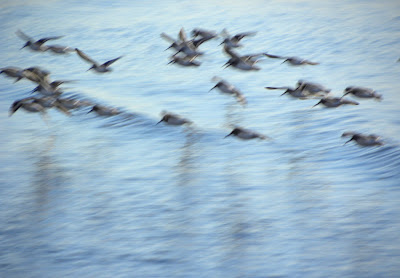 I love this photo, fuzzy as it is. Laurie was panning with the birds, but just not fast enough. I like the sense of movement and those needle-sharp bills. Danger coming, all you worms and beach hoppers! Hide!

The mallards were more placid, dawdling about in sleepy pairs. 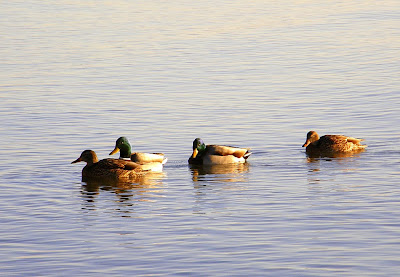 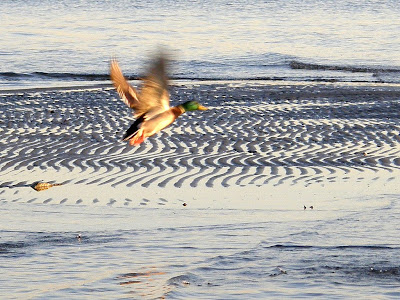