Daddy is a show-off

The redwinged blackbird is an easy bird to identify. At least the adult male is. Most of the time. 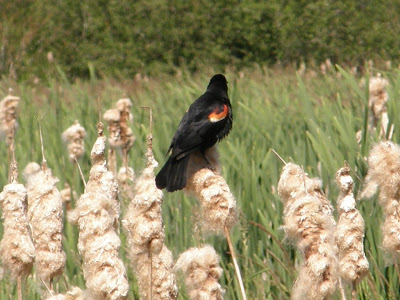 He's black, and he displays brilliant red patches on the wings. And he perches on the tallest cattails, singing at the top of his voice. "Konkeree! Konkeree!"

Of course, he's not always flashing those red patches. Then he's a plain black bird, smaller than a crow, usually bigger than a starling. 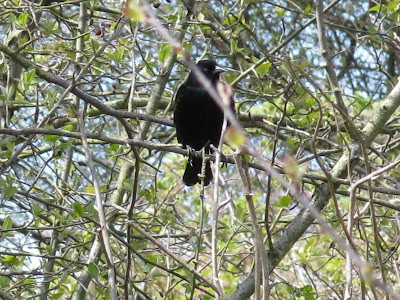 Waiting his turn at the feeder. At Reifel Island Migratory Bird Sanctuary.
And sometimes only the yellow edge of the patch is visible. 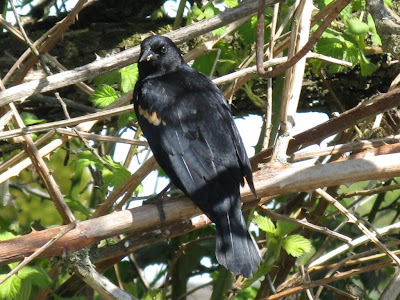 The rest of the family is not quite so easy.

First, the male arrives in the marsh alone, and sets up shop. About a month later, when the air is swarming with LBBs (Little Brown Birds), the female arrives, looking like all the others in a sensible drab outfit. She busies herself with nesting duties, somewhere hidden in the shelter of the cattails. 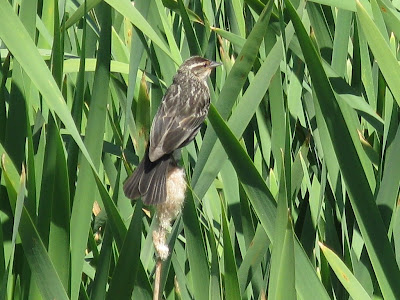 She is smaller than the male, not much bigger than a Fox sparrow. She wears a tidy brown coat, a cap with a whitish streak over the top (like the white-crowned sparrow's) and another over the eye (again, like many other LBBs'). Her underparts are whitish, heavily streaked with black or brown. If she's in the right position, you can see that the tail is notched in the centre. 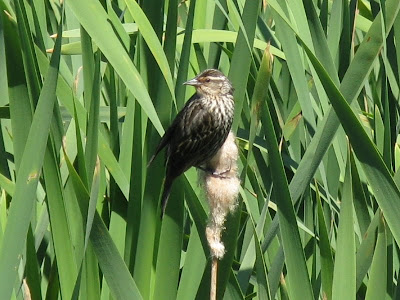 But hey, she hangs out around the cattails. Near where her flashy mate is loudly proclaiming ownership. That's a give-away.

And then there are the kidlets. 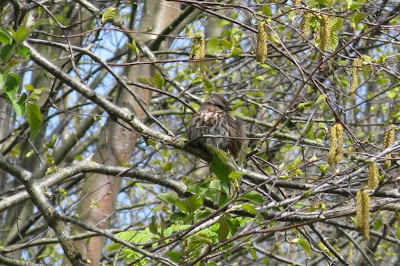 I think this is a juvenile redwing. I could (easily) be wrong. Basically, they look like a paler version of the female. 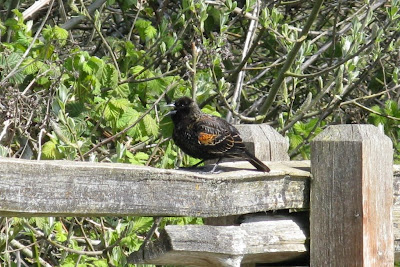 And this is a young male, in his first spring. The red patch is still orange, with black spots. But when he grows up, he'll be the spitting image of his Daddy.
.
Posted by Susannah Anderson at 1:36 am