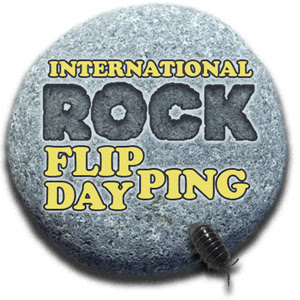 It was an iffy day today, threatening rain. I decided not to go far afield to flip rocks; instead, I investigated the vacant lot across the street that I Bioblitzed last April. Plenty of rocks there. One end is being used as a construction materials dump. 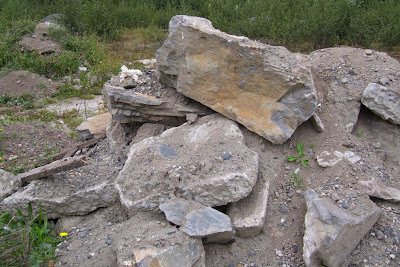 The older piles are overrun with weeds. I went searching for a nice-sized rock there. 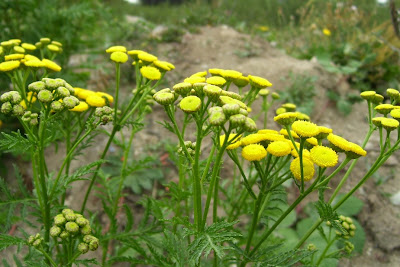 At first I found very little, except for the centipedes that twisted once and disappeared, before my camera could focus. I got quite a few shots of mud with rootlets and nothing else. Down in the old creek bed, now dry (even under most of the rocks), a few small critters hid out, waiting for the fall rains. 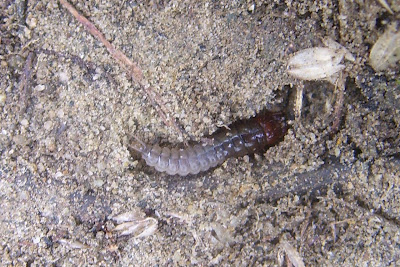 A larva of some kind, perhaps a Rove Beetle.

I tried to photograph this blond slug, but the focus was off. I hadn't even seen the other resident until just before I hit my Delete key. 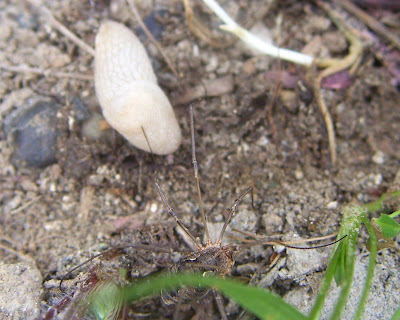 It looks like a harvestman of some sort, although the body looks very woodbugish. More BugGuide browsing ahead.***

That looked to be it. A white butterfly just escaped my camera and a bee waited until I had climbed the hillock to his clump of vetch, then left the area completely. Contrary beasts they are. I gave up and headed home.

Passing the pile of raw debris, I kicked over one last stone in my path, and a big spider scrambled out of the way. And waited politely on a leaf until the camera clicked. 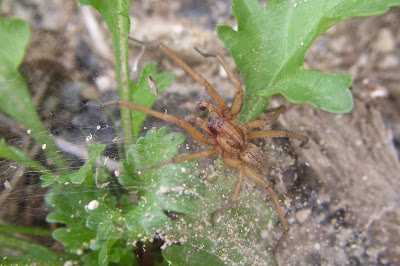 Thanks, buddy. Now you can go home. 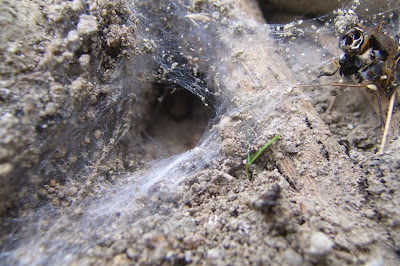 Hidey-hole, with remains of dinners past. (I think the glossy pieces are from ants.) 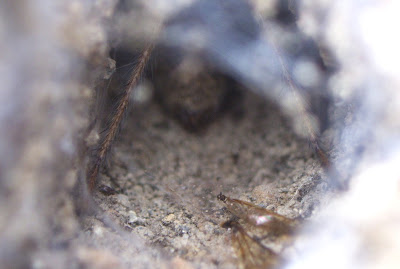 Look closely; see the legs on either side of the tunnel? The rear end of the abdomen is just visible.

Again, checking out the photos, I discovered another spider in the same web. A different colour, a different shape; just a hanger-on, looking for scraps from Shelob's dinners? Or venturing into dangerous territory unaware? 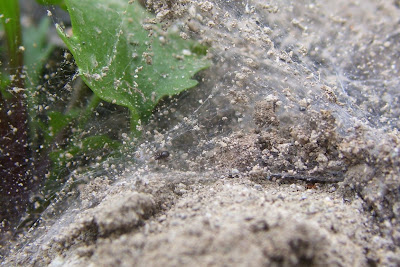 See it there, at the base of the leaf? Click on the image for a better view. **

Hey, this was fun! Thanks, Dave, Bev and Fred for the idea!

**The large spider is an Agelenopsis, a funnel-web spider. The tiny one may be a dwarf spider.

***Christopher Taylor of Catalogue of Organisms says it definitely is a harvestman. (See comments.)
Posted by Susannah Anderson at 6:53 pm