A shameful failure at hospitality

Often I go looking for critters; sometimes they come to me. This week, I've had a half-dozen visitors show up at my door or on my wall. Helpful! Saved me grubbing around in the cold and damp. 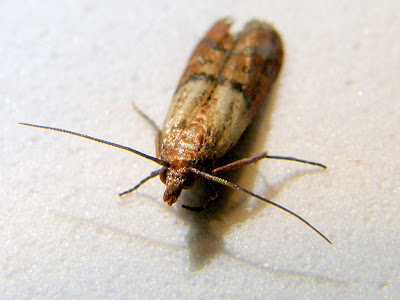 I've had a bit of an infestation of these. I didn't know how they got here until this next one showed up: 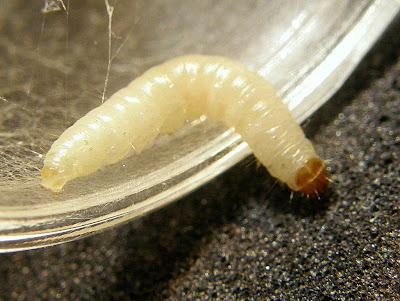 Larva of the Indian Meal moth. Found near the bag of Black Oil sunflower seeds I keep for the chickadees. Now in bug jail.

Then there was this fat little carpet beetle larva: 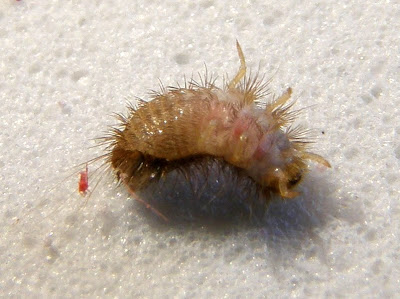 Upside-down and struggling to roll over. The pink is shreds of a wool blanket that provides warmth and food. 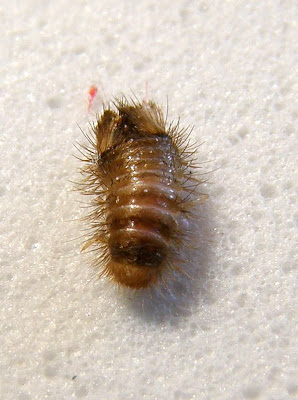 Flipped! Now trying for an escape. Didn't make it; he's back keeping an older one company in my carpet beetle house.

This pretty moth was outside the door, slowly freezing to death. I put him in the fridge. 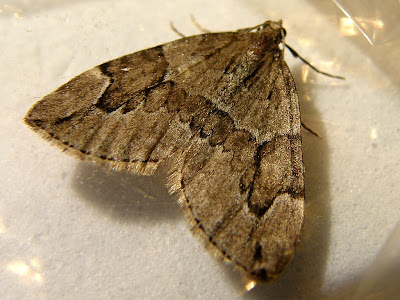 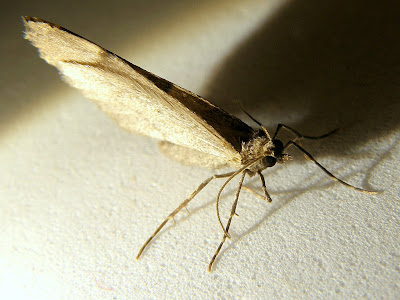 It has a long "snout", up-turned, and ending in two "teeth". It flew away before I could get a better photo. Maybe later.

At least it's warm, finally. It's resting on my ceiling, above the computer.

And the last; just another weevil. 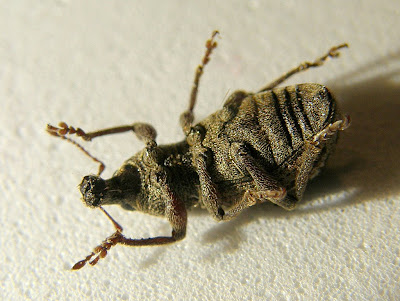 Upside-down, playing dead. Weevils do this; it's very handy for taking photos. 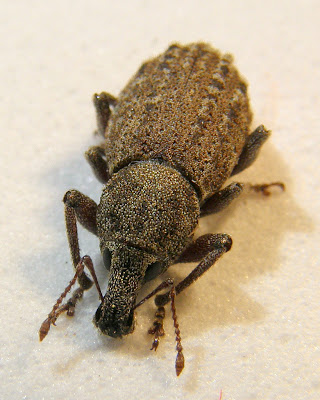 Poor old weevil is now sharing a bottle with my Venus fly-trap. I feel vaguely guilty.

The sixth, to make up the half-dozen, didn't get photographed. It's a nice little spider, now living under the stove. I'm hoping she will keep her eyes out for more of those tasty meal moths.
.
Posted by Susannah Anderson at 1:27 am