I'm in Strathcona again, house- and cat-sitting. I arrived well after dark, but once I had settled in, I went out for a walk with the camera anyhow. 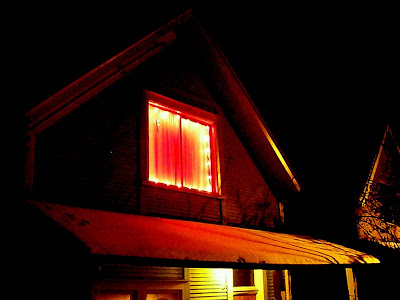 The camera does odd things, sometimes. This window had a red curtain, surrounded by deep red lights. The camera, on half a dozen shots, insisted on rendering the lights as white, the snow as red.
I had the camera set to "Available light", hand-held, which meant holding perfectly still for several seconds for each shot. Not easy, when you're shivering. 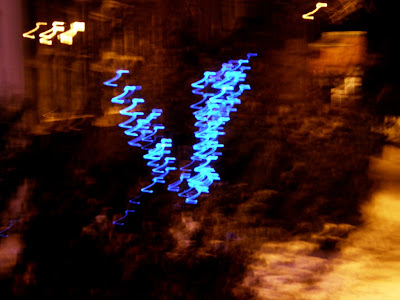 A little bare tree decorated with blue lights becomes a "V", with the quotation marks and all. 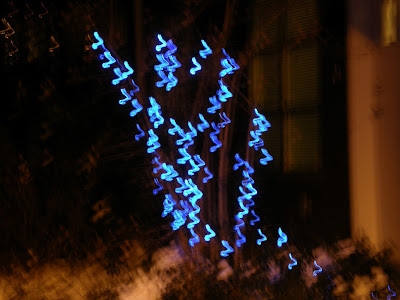 Or a flight of blue birds. 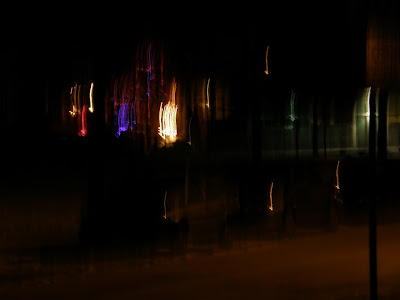 Other decorations, farther away, become check marks on the night. 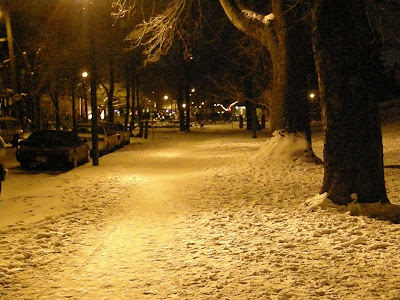 MacLean Park, under trampled snow. The streetlights give a brown tinge to all the whites. 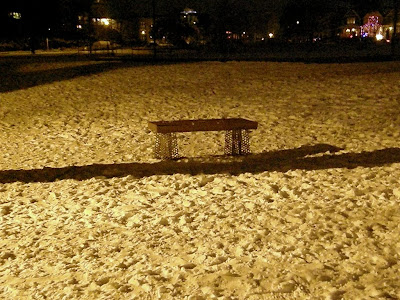 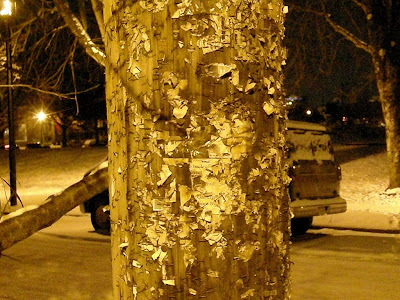 Telephone pole, with the remains of a local history in signs. 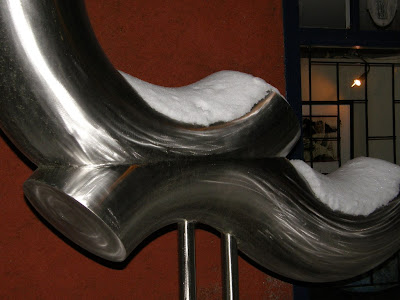 I had to use the flash on this one; there was no streetlight directly on it. Arnt Arntzen's "steel macaroni", again. With a light snow dressing, for flavour. 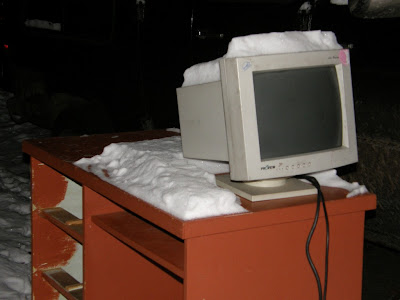 Anyone want a desk? With a nice screen? Freebie on the sidewalk.
And I'd had enough; my teeth were chattering. I came home to Sasha. 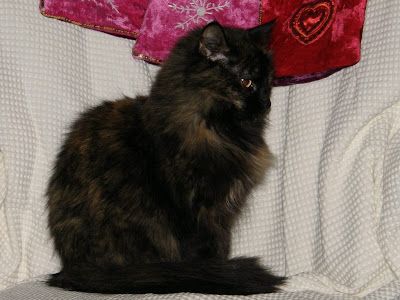 Posted by Susannah Anderson at 3:17 am